E-bikes and Possibility of Severe Injuries 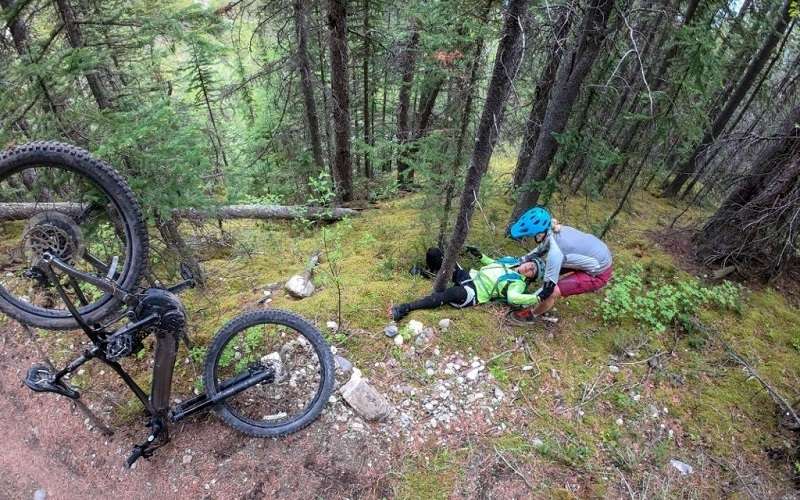 Electric bikes of all forms have seen a massive boom in popularity. They make transport and cycling more accessible to more people. Cheaper to run than cars, the use of electric bikes has become the mode of transportation for many commuters. At the same time, Electric mountain bikes open up the possibilities of exploring previously considered unreachable terrain. However, this rise in popularity has seen a considerable surge in accidents involving electric bikes.

The Risks of Commuting With Electric Bikes

There are some unique dangers associated with using an electric bike to commute. These dangers could be the fault of the rider, but there are other factors involved.

The human factor is the most significant cause of electric bike accidents. Most of the time accidents are caused by recklessness or negligence, from electric bike riders and other road users.

When it comes to the rider, there is a lot that can go wrong. The element of adding a powerful electric motor increases the severity of injuries. It is common for crashes to occur when the rider uses too much throttle at the wrong moment. This can easily cause the bike to surge forwards out of control. Obviously, this is extremely dangerous for both the rider and people nearby.

There have been many cases when pedestrians have caused accidents, by walking out in front of electric bikes. This is because the pedestrian doesn’t hear them coming, injuring themselves and the rider.

Electric bikes require regular maintenance, and bikes that have been neglected can go wrong at the worst possible moment. Malfunctions from the owner not looking after their bike can cause accidents resulting in severe injuries.

It is also necessary to use appropriate components to be safe. You may see reports of electric bike batteries catching fire. These fires are usually caused by homemade battery packs or cheap replacements not suitable for the power system.

Other Factors That Cause Electric Bike Accidents

In order to reduce electric bike accidents, we also need to look at the bigger picture. Many urban environments are not ready for the increase in electric bike usage.

By all logic, electric bike riders should use bike paths, but the added power behind their vehicle can cause other types of accidents on this side of pavement. And by being powered by an electric motor, there is room to think they should use the same roads as other motor-powered vehicles. Here, electric bikes face the same risk as motorcycles and the possibility of causing a car accident with fatal consequences for the electric bike rider increases. The worst case scenario, they are riding on pavements designated for pedestrians.

All this creates an exceptional risk to everyone, especially as people are encouraged to ride a bike or walk to work.

The type of injuries sustained while riding an electric bike are considered to be more serious than with a regular bike. This may be due to the fact that some of these electric bikes can easily reach a top speed of 27mph.

There are some common injuries people experience on electric bikes. These occur when the rider crashes, the bike fails, or an accident is caused by somebody else.

Broken bones are very common, and they are caused by significant crashes. These crashes can also cause abrasions, lacerations and contusions. Injuries to the upper body, such as broken collar bones, dislocated shoulders and elbows, generally occur when the rider is thrown over the handlebars. Head injuries are also commonplace, especially for those that don’t wear bike helmets.

When an electric bike rider is involved in a serious traffic accident, the injuries can be more severe. For example, internal bleeding and spinal injuries are not unheard of.

The injuries you can sustain from an electric bike accident can range from very minor to severe. If you have a long recovery time after an electric bike accident, there is a good chance that you will be missing out on earning money. Also, you could incur large medical bills. Therefore, as a victim, you need to determine who was at fault in order to be compensated for your injuries and inconvenience.

Hiring an attorney that specializes in bike accidents is the best way to see if you are eligible for compensation. An experienced bike accident attorney will be able to talk you through the process of determining liability for your accident.

There are a few scenarios that your attorney will be able to guide you through:

When A Driver Is At Fault

When an accident involves a vehicle, you may need to prove that the driver was at fault. If you can prove that the driver was negligent in some way, they can be deemed liable for any injuries and damages caused. There are a few things you can do that will help your case. For example, take photos of the accident scene, gather witness statements and look for CCTV footage. The more evidence you can pull together, the more ammunition your attorney will have to help you out.

When The Local Authorities Are At Fault

Poorly maintained roads can affect an electric bike’s stability. If a damaged pavement caused your accident, your attorney could help you claim compensation from the organization responsible for road maintenance.

When The Bike Manufacturer Is At Fault

Earlier, we mentioned that faults with the bike could cause accidents. If the fault is the result of an issue created by the bike’s manufacturer, you can claim your compensation from them. Your attorney can help you prove that the bike’s manufacturer has done something wrong. Examples of this could be related to the bike’s design, manufacturing process or warning labels.

Legal action will help you after the accident. But using common sense and the necessary precautions to prevent an accident is much a better course of action.