If you have read our article on the Best Mountain Bike GPS you will know that the Garmin Edge 530, and the Garmin Edge 830 are our two top choices. While we have the Garmin Edge 830 ranked as our number one overall mountain bike GPS, the difference in price between that and the Garmin Edge 530 has people wondering which option to pick. Although there is not a huge difference in features between the two products, there are certainly some things that you will want to know before you decide on either the Garmin 830 or Garmin 530. Throughout the rest of this article I will dive into some of the features on both of these products, as well as give you my personal opinion on the debate of the Garmin 530 vs 830. Before we get to the comparison of the two mountain bike GPS’ Ill first start by giving a quick summary of some of the features of these products. 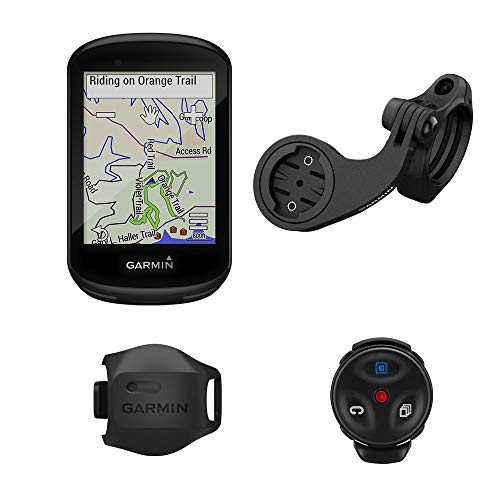 Before the 530 and 830 came out in 2019, the most common Garmin GPS products on the market were the Garmin 520 and Garmin 820. While there were other mountain bike computers available these two devices were extremely slow and inefficient. After a few years of work and countless complaints from unsatisfied customers, the Garmin 530 and Garmin 830 were released and they have been the gold standard of mountain bike GPS technology ever since.

Released in 2019, the Garmin Edge 530 and 830 are huge improvements on their predecessors and represent significant upgrades both in technological innovation and user experience. Both of these mountain bike gps programs are relatively comparable, and we will start this Garmin edge 530 vs 830 debate with their similarities, rather than differences. This section will be useful for those of you who want to know what has changed from the Garmin edge 520 to 530, or for people who have not had experience with Garmin GPS products in the past.

The first feature, and in my opinion by far the most important feature for a mountain bike GPS, is the built in Trailforks maps. This feature provides you with over 125,000 built in mountain biking trail maps with relatively detailed descriptions and difficulty ratings. A huge improvement over the previous versions of this product, these built in trail maps are a great addition, and really make the Garmin Edge 530 or 830 a product worth buying for you mountain bike. Additionally major changes were made to the data collection components on the Garmin edge and it now includes a full set of features specifically designed for mountain bikes. 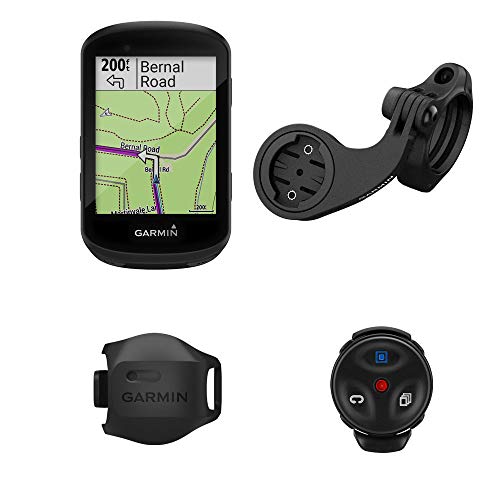 Some of these new features that were added to this Mountain bike GPS include mountain bike dynamics, grit, flow and jump. Mountain bike dynamics will give you information on how difficult the trail was that you rode, and how well you rode it based on a number of different factors. Grit, flow, and jump on the other hand are performance based metrics that will help you track your mountain biking ability. Grit will calculate a score for each route that you ride based on elevation, and distance. Each trail will have unique grit score and the higher the number the more difficult the ride, however this score will be the same for all riders. Flow on the other hand is an individualized score which will give you a rating on your performance during the ride. This is affected by your timing, the smoothness of your riding, and momentum changes during the ride, among other things. The lower the score, the better your rode. I have been paying particular attention to this and have noticed that I have a much easier time recalling rides now that I have a sense of how well I performed. By pinning a number to each ride it makes it easier for me to remember the ride itself, and things that happened during it. Finally jumps. This feature records the number of jumps you had during a ride as well as its air time and distance traveled. Personally I really loved this feature as well, but unfortunately for me my jumps weren’t nearly as far or as long as I thought they were.

Once you have completed your ride the Garmin Edge will upload your scored onto their website along with a color coded map of the trail that you road. This will allow you to see which parts of the trail you handled best and which parts you could use improvement on. Additionally by storing your rides in an easy to access website, you can quickly track you progress on different trails, and your overall riding performance. This will help you better understand your mountain biking improvement and allow you to more quickly become a better mountain biker.

In the next section I will go over the differences between the Garmin Edge 530 vs 830 and give you a detailed overview of how the two products perform. While they are quite similar there are some differences that you should know about before you make a purchasing decision.

If you are looking for a mountain bike GPS computer Garmin is really the only option for a high quality product. There certainly are other companies in the market making decent mountain bike GPS computers however for the price you pay with Garmin the number of features and quality of performance you get is unparalleled. Personally, even for the higher price I think that the Garmin Edge 830 is well worth the money. The ease of use with the touch screen makes life much easier for me and I love being able to use the Edge as a full guide if I happen to be riding my bike through the city. However with that being said, unless you are like me and love a touch screen, for the price of the Garmin Edge 530 there really is nothing comparable on the market. It gives you a ridiculous amount of feature and its performance is unmatched. I would highly recommend the Garmin Edge 530 to absolutely everyone who is looking to purchase a new mountain bike GPS computer, it is probably the number one item on the market today.