How Electric Scooters are Transforming Cities? 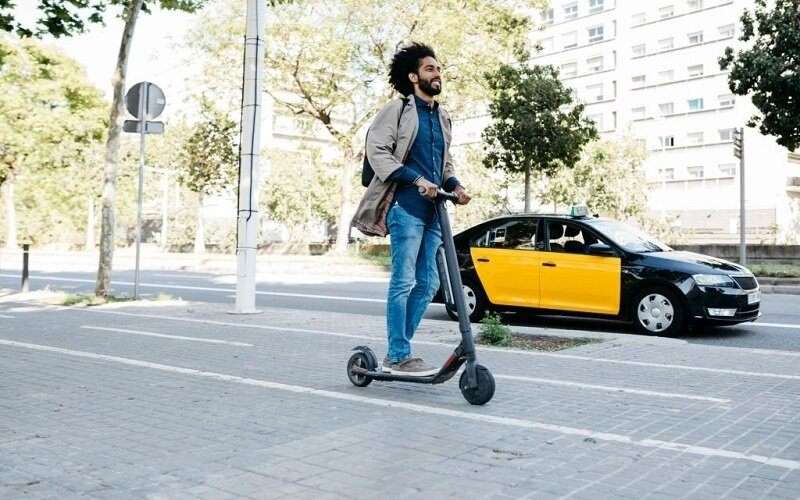 It was in 1996 that the world saw its first-ever electric scooter. Back then, this invention was welcomed by the masses with open arms, but its heavyweight and limited functionality kept it from becoming a common means of transport.

However, today we see these two-wheeled vehicles swarming the streets. They carry the same fundamental structure as the early days, featuring two wheels, a deck, and handlebars. But they’re getting slimmer, classier, and ever-so-convenient as well as advanced.

The development in these vehicles contributed substantially to their popularity, especially amongst the teenagers and the elderly. Today, about 34% of people prefer e-scooter over cars in the USA. And needless to say, this is eventually leading to the complete transformation of cities and lifestyles. Let’s have a detailed look at how exactly.

When compared to cars, electric scooters have proven to be more energy-efficient. Generally, electric scooters can travel up to 20 to 30 miles before requiring a recharge. Hence, even a budget friendly and best electric scooter under 300 dollars allow people to take several short distance trips in a single charge.

Comparatively, cars tend to use up more fuel when accelerated. So, regardless of the short distance, the vehicle will burn more fuel every time you accelerate. Moreover, e-scooters utilize electricity in limited quantities for operation. Hence, conserving valuable power resources and contributing to sustainability.

Perhaps, one of the healthiest transformations that electric scooters seem to be bringing is the reduction in pollution. They are cutting down noise pollution, air pollution, and keeping the environment from deteriorating further.

Cars depend on burning gasoline or fossil fuels for operating. And on average, a car produces 650 grams of CO2 per km. Electric scooters, on the contrary, use electricity and produce only 65 grams of CO2 per km. Thus, reducing carbon emissions significantly and slowing down the damage to air quality.

Moreover, they weigh much less than cars. Hence, they require small amounts of energy to operate and are more energy-efficient. Additionally, being smaller in size, the electric scooters comprise aluminum and other metal parts that can be recycled easily.

Despite the facts mentioned above, some people argue that e-scooters are depleting the environment rather than improving. And they support their stance with the fact that most e-scooters have a lifespan of one year at most and that the manufacturing companies do not opt for ecological ways of engineering and assembly. Collectively, this adds to the pollution of the environment in the long run as people would buy more of these in the future, meaning the manufacturing sectors will double their activity.

But then again, these cons are dependent on the user’s choice. Certain electric scooters might be able to damage the environment if you choose them. For this very reason, buyers need to be cautious while purchasing e-scooters and only opt to buy from manufacturers who promise:

Similarly, your careful use of the scooter can extend its lifespan.

Micro mobility refers to the usage of small and lightweight vehicles for transport. However, you must operate these vehicles at speeds below 25km/h. Bicycles, e-scooters, and e-bikes are all micro-mobility devices.

With the presence of e-scooters, micro-mobility is gradually becoming the most preferred method of transport. Although the concept of micro-mobility has been ever since 1817, when bicycles and scooters came into existence, people have never really chosen it until the arrival of e-scooters. But why?

According to a study, American citizens have experienced an average 24-seconds increase in daily commute for the last few years. Although the figure appears meager, it doubles or even triples during traffic congestion and lowered speeds. Consequently, productivity levels have dropped significantly, with so much time lost in transportation.

Hence, the fundamental reason behind people preferring e-scooters is due to the ability to travel quickly and conveniently. Plus, the e-scooters also offer people a fun-filled and interactive ride experience. Contrary to cars, people can feel the air, the surroundings, and communicate with other riders.

And, while the usage of e-scooters rises, micro-mobility practice increases too. With more micro-mobility, the cities will experience lowered traffic congestions and a much smoother transport system. Adapting micro-mobility will continue to benefit the transport system in the future as the UN’s Department of Economic and Social Affairs predicts 68% of the world population moving into cities by 2050.

By definition, traffic calming refers to planning and designing the roads by the authorities such that they increase the safety of travelers. Electric scooters are catalyzing the process of traffic calming by putting forward an immediate demand for smoother roads, wider signboards, narrower lanes, etc. How so? Let’s see.

Initially, scooter users glided on the pedestrian side of the roads or footpaths. However, with more users nowadays, the authorities are considering to introduce separate pathways for scooter users.

If this happens, the area for cars on the road may reduce, which in turn will lower speeds and reduce accidents. The pedestrians on the public footpaths will also feel safer while walking. Alternatively, the bike lanes may widen, encouraging more cycling and the use of electric scooters.

Additionally, electric scooters bring about greater safety, thanks to their limited speed and weight impact. Although collision with any other object along its way is highly unlikely, it will not cause much damage even if it happens. Therefore, e-scooters will reduce the deaths caused by road accidents will make road transport safer.

Several e-scooter manufacturing companies have claimed the vehicle to be revolutionary, and they might not be wrong. Despite the counter-arguments, the electric scooters have undeniably solved numerous city problems, including power conservation, energy efficiency, micro-mobility, and traffic calming.

A majority of world governments have embraced the concept of e-scooters with arms open wide. However, the mere adoption of e-scooters by residents will not be sufficient. Hopefully, with these initiatives, electric scooters can bring a long-term positive impact on cities.